The Real Connection Speeds for Internet Users in Europe

Akamai came out with a new State of the Internet report this week. It covers a lot, but one of the more interesting parts is a breakdown of connection speeds measured across its vast content delivery network (CDN), giving us some good insights into actual real-world connection speeds experienced by internet users around the world.

We’re based in Sweden, so we thought it would be interesting to examine the numbers for Europe (where we do most of our business) and make some nice charts to help visualize the data and compare the countries with each other. Numbers are all well and good, but we love charts.

Worth noting is that all the numbers shown here are download speeds from the perspective of end users. That is probably the most important metric for the internet user experience, so we’re fine with that. 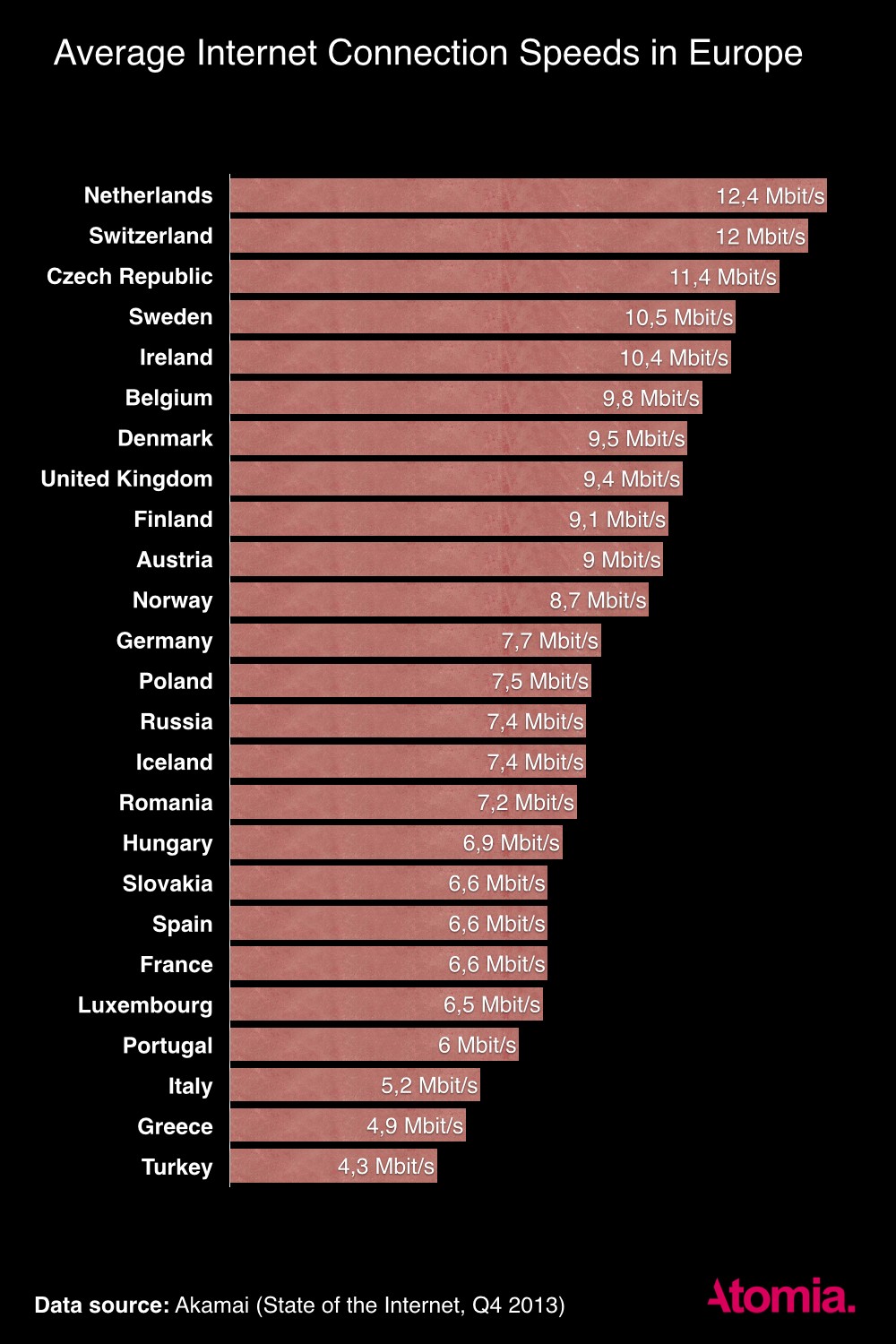 For some additional perspective, here is how the average of the European countries compare with the United States and also the global average reported by Akamai.

There are only six European countries with faster average connection speeds than the United States: the Netherlands, Switzerland, the Czech Republic, Sweden and Ireland.

That said, showing a plain average like this is far from the whole picture. Luckily Akamai also includes in its report what share of connections measure above 4 and 10 Mbit/s. We can use this to show how connection speeds are distributed for each country.

Distribution of Connection Speeds in Europe

The chart below is sorted by the average internet connection speeds, just like the one above. However, now you can see a much better breakdown of how the various countries are faring. There are big differences here, as should be expected. 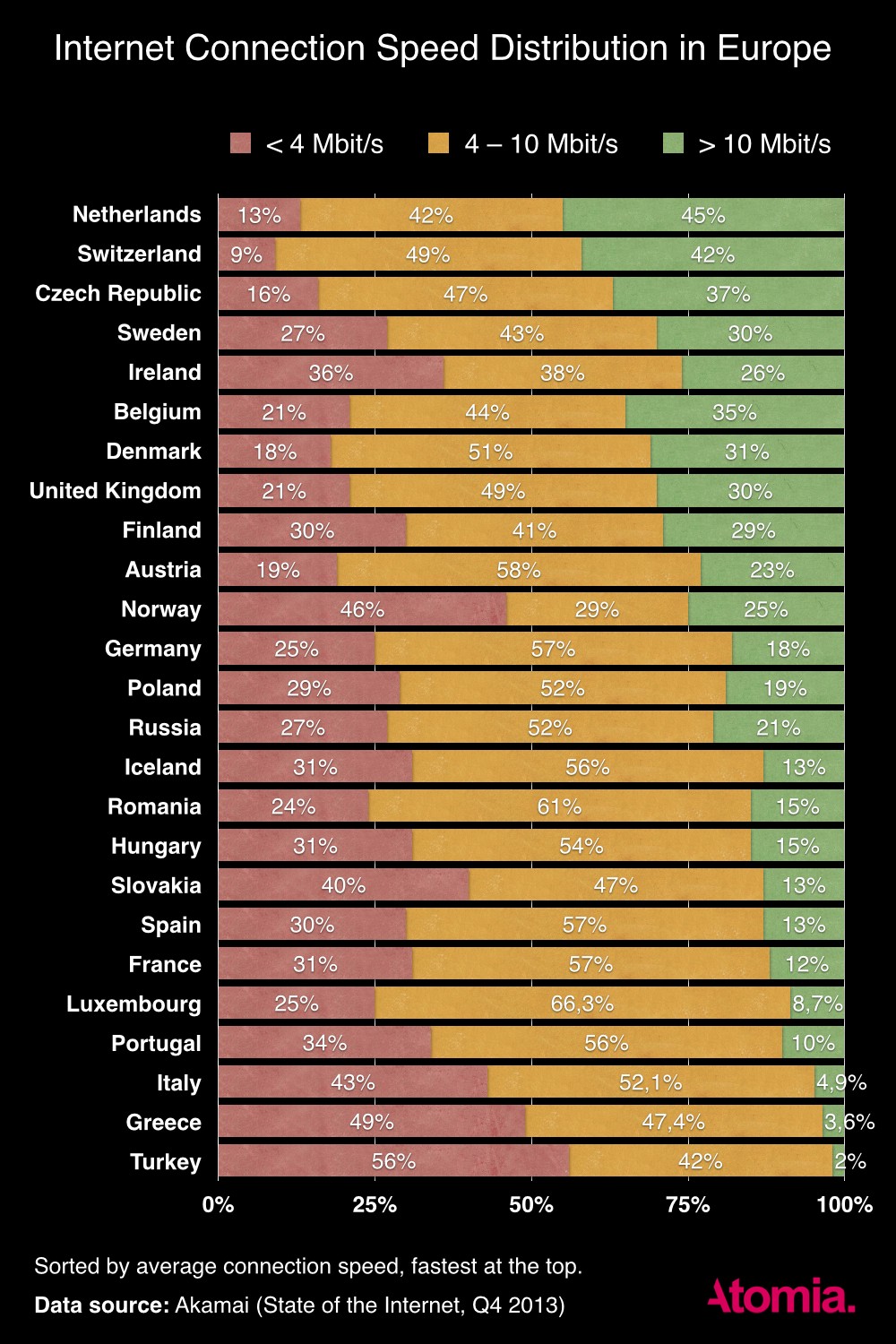 So if you count 4 Mbit/s as a baseline for acceptable broadband, as Akamai seems to do, Switzerland is the top country in Europe. If you focus on connections faster than 10 Mbit/s, the Netherlands is at the top.

And just like we did before, here is how the average of the European countries compares with the United States and the global average.

Good, but Not Great

Most of us have vastly more powerful internet connections today than we did ten or even five years ago. We no longer have to count transfer rates in kilobits per second like we did in the nineties. Remember those rocking 56 kbit/s dial-up connections? Surfing the modern web would be pretty much impossible at those speeds.

Thankfully, as this little report shows, the majority of Europeans have quite decent internet connections these days. There’s a lot of room for improvement, though, especially for the countries a bit farther down the list. As soon as you try to, for example, stream HD video, requirements go way up.

So next up, gigabit lines to everyone’s home. Are you listening, telcos? We’re only half kidding… 😉

Data source: Akamai’s most recent State of the Internet report (for Q4 2013). The Akamai report aggregates data measured across its content distribution network.

Images: Charts by Atomia (please feel free to use and/or share them). Top image based on a map from Wikipedia.