Overreaching app permissions a security threat, or “this is why we can’t have nice things”

Third-party apps often request more permissions than they actually need, including write access to for example your social media accounts. Once an app has been authorized, it has an access token basically forever until you manually revoke it.

This opens up another attack vector for hackers, which became abundantly clear this morning when pro-Turkish hackers decided to blast out a message all over Twitter. 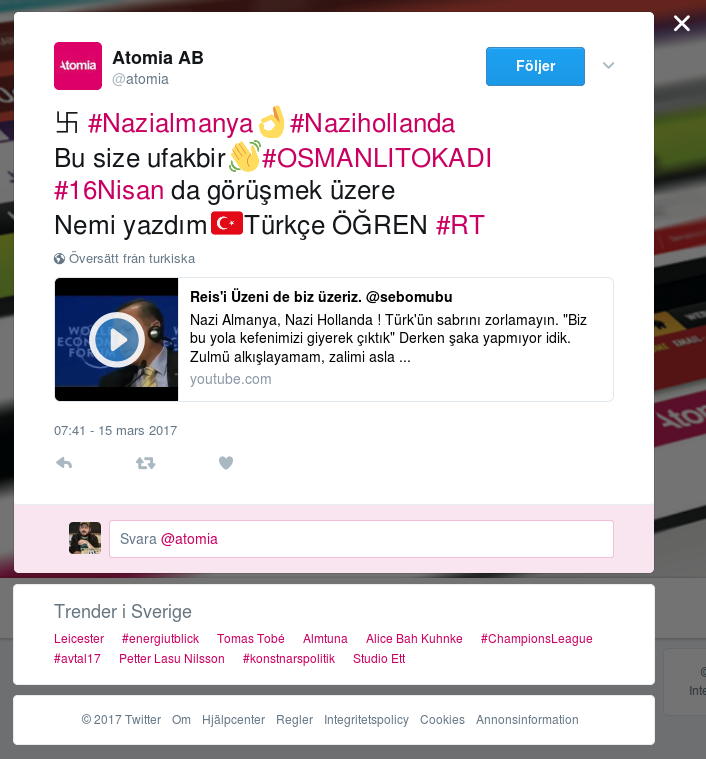 Including via our own Twitter account, as you can see above (facepalm). We were far from alone, though. Other accounts affected included Unicef, Amnesty International, Forbes, and a large number of “regular” user accounts.

So, app makers, ask yourselves, do you really need that write permission? If not, don’t ask for it. And the rest of us, we all should think twice before granting write access to our accounts and devices, whether it be to Twitter, Gmail, Facebook, LinkedIn, or whatever it may be.