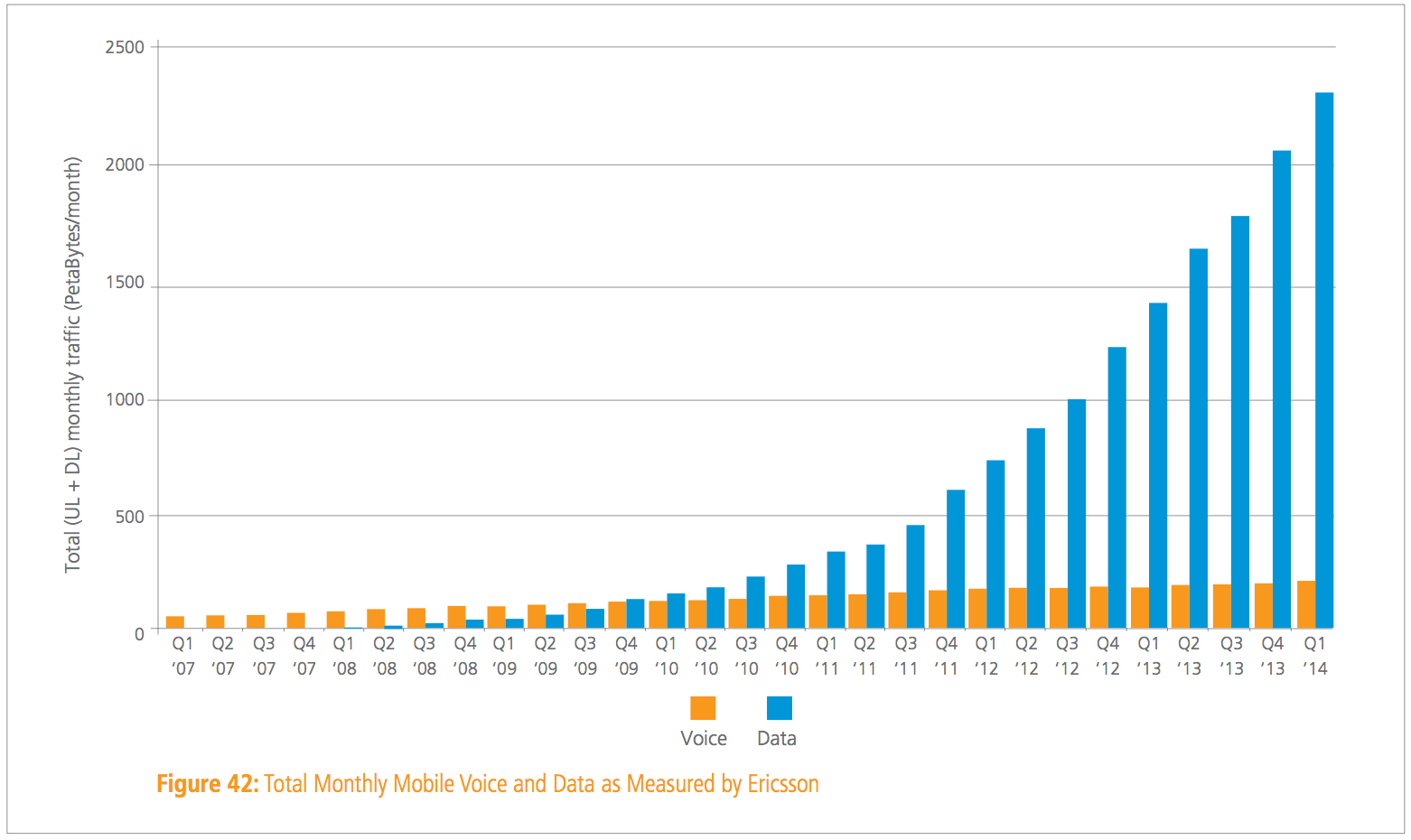 Accept It, Mobile Networks Will Become Dumb Pipes for the Internet

In general, mobile network operators don’t seem to be huge fans of becoming “dumb pipes” for the internet, but it’s becoming increasingly clear that that is exactly how people are treating them.

Just look at this chart from the latest State of the Internet report from Akamai, showing estimated global voice and data traffic on cellular networks:

Pretty telling, isn’t it? As you can see above, not only does internet data dominate cellular network traffic, it also almost doubles each year. In the meantime, voice traffic has remained pretty much the same for the past several years.

Much of this growth can be explained simply by the increasing number of smartphone users (and to some extent tablet users with cellular data plans), but according to Akamai, the average mobile subscriber is also using more data. The trend should be obvious: With voice calls increasingly marginalized, carriers will sooner or later be forced to turn their networks into pure data pipes whether they like it or not.

It’s worth noting that this growth is happening in spite of the often restrictive data plans that exist for cellular networks in most countries.

The carriers are of course well aware of this. After all, they own the networks and can easily measure all traffic. The question is what they will do about it over the next few years. Will they embrace the future, or continue to try to maintain the status quo?

A guesstimate: Ten years from now, when even modest cellular network connections are in the gigabit-per-second range (here’s hoping), SMS is dead, and voice is just another internet data stream, we will look back and wonder what all the fuss was about. All hail the dumb data pipes; all hail the internet. 😉